HO'D have thought that the barrage of abusive mail I received after my now Wlegendary appearance on Frank Skinner's TV show would have mostly come from fellow gay men. One letter I received via this glorious organ actually said my regular rantings about my sexuality were "sad". At worst, he is a product of an age where being ashamed of one's sexuality was commonplace and drove men of his type to hunt out naive youngsters who might keep his desires secret.

My allegiance to a new-style oath

HERE HAS been a lot of talk about oaths of allegiance this past week. Home Secretary TDavid Blunkett is considering asking immigrants to pledge an oath of loyalty to this country if they are to win citizenship. I would have no problem taking an oath of allegiance to my country.

With alcohol, sex and numerous other entertaining pastimes all off the Al-Qaeda agenda, the video showed a bunch of bearded men wittering away at great length about their bizarre visions and dreams and reciting their own (extremely bad) poetry.

According to officials, some three million people will this year send Christmas cards without writing any festive message ? because they cannot read or write. 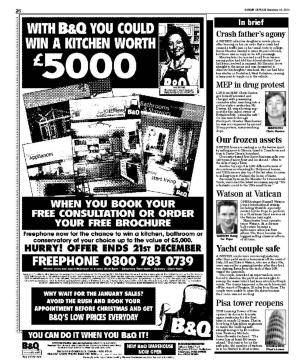 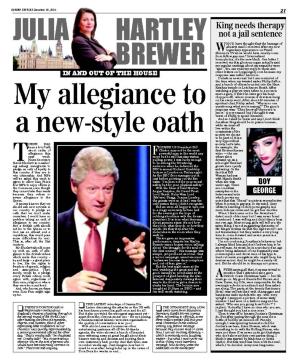