28 How Harrods boss Mohamed fell under the spell of a fairytale Scottish castle Al McFayed, laird of Balnagown

FAIRYTALE Scottish castle, parts of which were supported by little more than thin air, has been restored to its former grandeur by H A arrods owner Mohamed Al Fayed. The work at Balnagown Castle ? the largest and most expensive restoration ever carried out in Scotland by an individual ? took 10 years and cost Ł4 million. Al Fayed first saw the derelict ancestral home of the Clan Ross, on the shores of the Cromarty Firth, by chance while on holiday in Easter Ross in 1972. "We discovered we had a serious problem with dry rot, which the original architect and contractors had not dealt with, and part of the structure was in danger of collapse," he said. 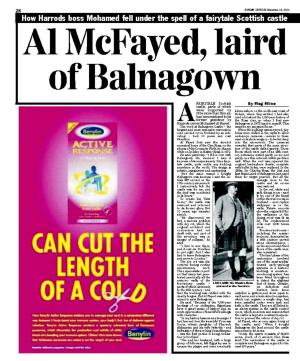 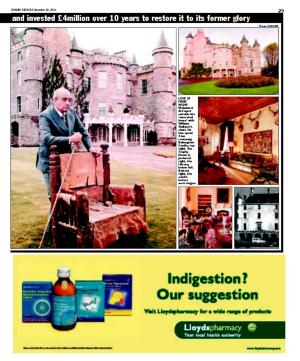