HISTORIANS q of fashion will be intrigued to learn of a previously unknown connection between Sir Paul Smith and the memorably dishevelled character portrayed by Richard E Grant (above) in Withnail And I.

AUGHTY NAOMI Campbell is helping to make Ali G's movie debut one of the raunchiest British films ever. "I was out of the country and I said: 'We're only going to have two days to prepare for it.

" A music insider says of Jones, who not so long ago had a hit with Sexbomb: "He's finally realised that age catches up with everyone and wants to tone things down.

ACCLAIMED TV writer Andrew Davies is hoping his q update of Othello, to be shown over Christmas, in which Othello is the first black Commissioner of the Metropolitan Police, will encourage TV execs to commission his idea for a contemporary spin on The Tempest, with cameo appearances by Madonna and Tony Blair. 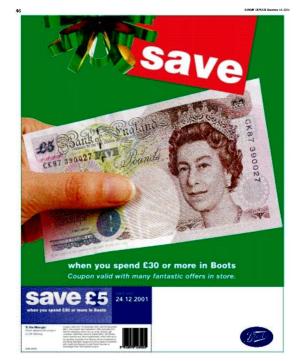 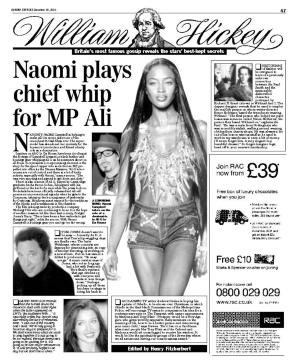