News of the SAS was trumpeted in the force newspaper, Parade, read by British servicemen abroad and, crucially, by the enemy.

about their training, parachuting experience and special equipment. "The idea that the British had the resources for so sophisticated an operation frightened the enemy and was a much needed morale booster to the British troops," List explains. Regimental signs and guards were posted in supposed training areas. Dummy planes and tanks made from old lorries gave the impression from the air of equipment and vehicles. The deception had been so successful that the SAS was already feared as a deadly, team of ruthless commandos - an image that has never died . 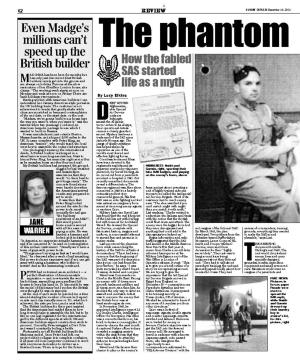 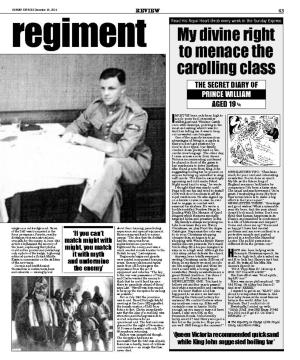