with the Hackett family OR US, the most remarkable story of the year is about our predecessor of this column, Andrew FRobson.

86 Ryder on the storm ASTRO PROFILE

Poor WINONA RYDER. It's all gone pear-shaped for the actress this year ? capped by her arrest for alleged shoplifting. Not even the troubled actress could have imagined that she would be spending C Ihristmas 2001 on $20,000 bail, having been arrested in Beverly Hills for allegedly shoplifting $5,000 worth of clothes from Saks Fifth Avenue.

Pluto, her ruling planet, has been hovering around her usually optimistic Sagittarius ascendant ? the point in the chart that reveals how we are viewed, and how we meet the world. 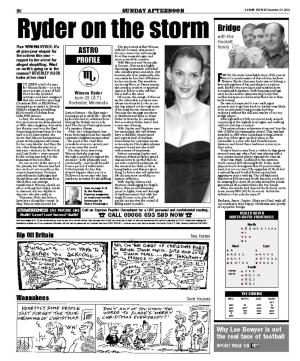 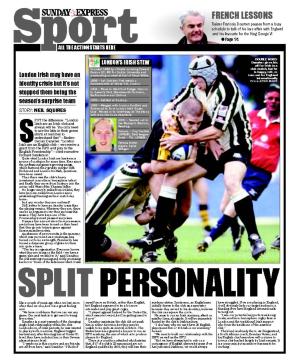