THE Sunday Express sent a team of reporters to cities around Britain to witness first-hand how the country's drink problem is reaching epidemic proportions. LONDON FESTIVE celebrations led to late-night scuffles on Friday night and a higher number of arrests, say police. Most were happy just to don silly Santa hats and kiss strangers, but some let the alcohol get the better of them. Just as we passed the Red Cube in Leicester Place, which seemed unusually deserted for a Friday night, two women started drunkenly screaming at each other. He was stopped by his friend, just before it smashed the glass. 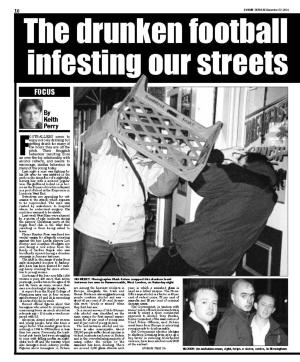 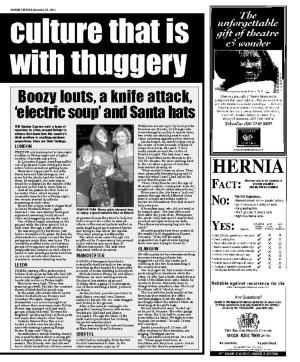