While Sunderland were just plain poor, Everton, who have now lost 11 of their last 16 away games, showed little or no inclination to attack and paid the ultimate price. Their midfield engine room of Paul Gascoigne and Thomas Gravesen was almost entirely anonymous and the Dane even had to be pulled off after only 27 minutes after two clattering challenges left him treading a knife-edge. The first 45 minutes must have had a few Wearside husbands wishing they had chosen the Christmas shopping option instead, as both sides showed little or no desire to push forward with any real resolve.

QUOTES COLIN TODD will split up Fabrizio Ravanelli, Benito Carbone and Georgi "Kinkladze for Derby's next away games.

The biggest bonus is "that we have three points to set us up nicely for the festive season. 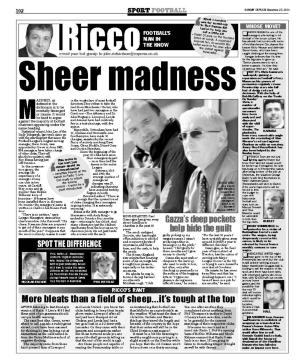 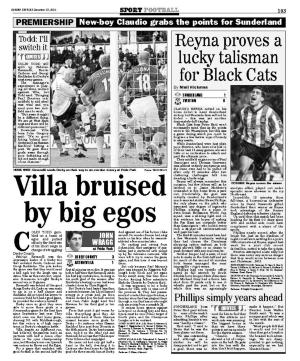