up! Furious police put the dock over reforms 'Police deserve better than this ? resistance is what happens when you stamp your feet'

A better option would be to invest in the specials." The Home Office says that the police should not be so defensive. HADOW Home Secretary Oliver Letwin opposes what his spokesman describes as "police who aren't police", but the primary objection of both opposition parties to the H Some Secretary's stance is that he has set a festive season deadline for bouncing the police into a deal while threatening to proceed with a bill to implement the White Paper Policing A New Century, A Blueprint For Reform regardless of the objections. 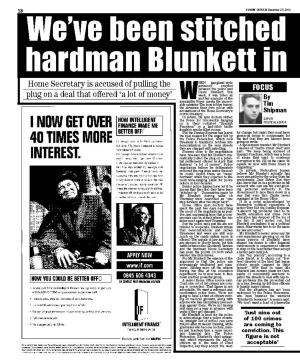 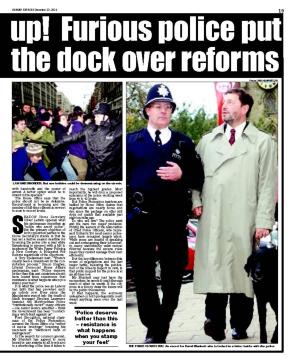