Is this 20-year-old bull set for the knackers?

T HAS been a remarkable year, for investors and borrowers. But despite the bounce back, shares remain fragile. John Jackson, chief executive of The Virgin Trading Company and The Virgin Drinks Company, put the Ł39.6million loss down to a "restructuring charge that wrote down the investment in the subsidiary".

Postwatch, which handles complaints about the Royal Mail, found in some areas of southern England - including Bognor, Bath, Fareham, Wokingham and Reading - postmen delivered only once in three days.

A STAND-OFF between the police and tow-truck garages is over, avoiding a crisis which could have seen the countryside littered with crashed vehicles. 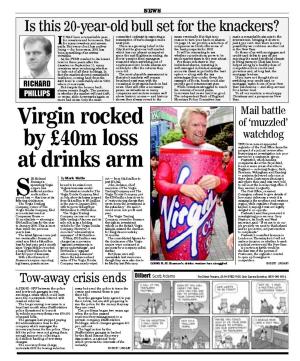 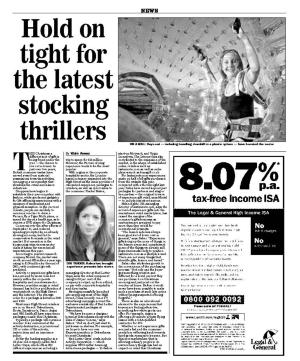