UNUSUALLY for this late in the year, 2002: there are no clear Oscar front-runners, although British stars are expected to pick up honours. Hoping to cash in on the American campaign in Afghanistan are the makers of Black Hawk Down, Ridley Scott's frenetic action movie about the US Marines operation in Somalia.

STROLLING INTO a multiplex this 2001: year, you might think you had wandered into a bookstore - over there Harry Potter, over here Bridget Jones and Hannibal. Some of the biggest movies of the year were literary adaptations. 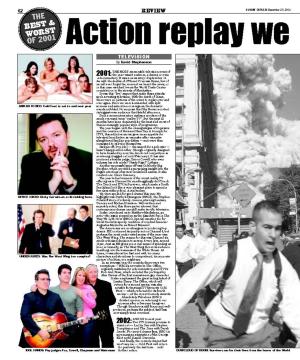 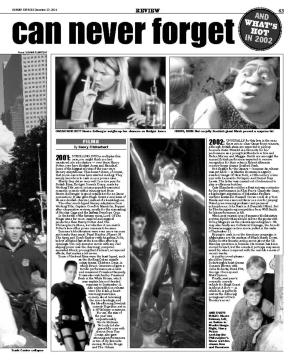