in the pop crown

English National Opera. Whenever a love aria cropped up, it was the signal for whichever sexual act seemed most inappropriate at the time. It obviously helped that we had the incomparable Willard White as Marshal Kutusov - but we also got a brilliant melding of Napoleonic and Soviet history. And it was ENO who gave me my most hilarious musical night of the year, in the form of Jonathan Miller's production of Gilbert and Sullivan's Mikado. You were warmed up for action by masterpieces by Delft superstars De Hooch and Fabritius, and then presented with the final room, hung with luminous, still mesmerising Vermeers on every wall.

THIS HAS been a year of 2001: stratospheric highs and abysmal lows in opera, so I'll begin with a show which scored both at once.

INDEED, THE next few months 2002: are full of promise.

Blunkett, Byers and his protegťe Jo Moore, and musical villains including Charlotte Church, this immaculately stylish show comes back in January. 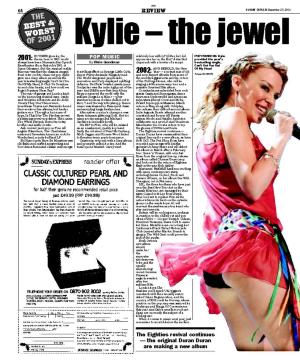 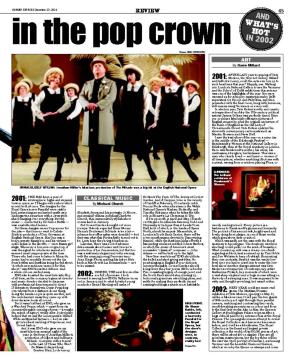